Being urged to try a ‘George Bradley Burger’ by Hyatt Regency Hua Hin GM Christian Wurm was an unlikely introduction to a conversation about the origins of McFarland House and its place in the region’s history.

Not only was Dr George Bradley McFarland the original owner of this property as his holiday home, but he was one of the most influential, though largely unknown, Americans in Thailand’s history.

But our lunch with GM Christian at McFarland House offered much more than a conversation about a very significant aspect of our region’s rich heritage.  On a clear day with blue skies and amazing views along a quiet beach or south to the Khao Takiab headland, this ocean side venue presented the ambience that is just one reason why Hua Hin is such an idyllic location.

McFarland House is the restored two-storey pavilion that has been transformed from being Dr McFarland’s holiday house into an airy beachfront bar and casual dining area.

We couldn’t help wonder if Dr McFarland would have approved a burger with his name.  On one hand a delicious gourmet beef burger could be regarded as a tribute to his American family origins, however some have wondered whether the good doctor really thought of himself as American or Thai.

Dr McFarland was born in 1866 to an American Christian missionary family in Phetchaburi, growing up speaking English and Thai, with a perfect Phetchaburi accent.  From growing up among local kids in Phetchaburi, he moved to Bangkok with his parents as they became the directors of a demonstration school in the royal palace.  Now George’s classmates were the elite kids who had been groomed to conform with social etiquette and this was his introduction to the highest level of Thai society, including royalty.

Dr McFarland’s distinguished and prolific career in Thailand (then Siam) began at the tender age of 25 when he returned to Bangkok in 1891 after spending his university years in the US studying medicine and dentistry.   In 1892, he was appointed Superintendent of The Siriraj Hospital in Bangkok, and was commissioned to open and become the Dean of the Royal Medical College, the government’s first medical school.

Without medical texts being available he became the author of these essentials himself, written in Thai.  He introduced modern medical treatment to be used in Siam and for over 30 years devoted his life to teaching the first batches of Thai doctors.  He was also the first modern dentist in Siam.

The stories of the rest of the McFarland family are also impressive. Collectively, the McFarland’s were influential in formalising the education system in Thailand, inventing the first Thai typewriter and producing many Thai-English dictionaries. Dr McFarland in consort with other family members spent 16 years working on the acclaimed McFarland Thai-English Dictionary, which he published in 1939.

After years of dedicated work Dr McFarland was granted a pension and the title of Phrajvidyakom, a senior level of civic rank of a government  official.

His Majesty King Rama VI then granted him a 4.5 acre piece of land in Hua Hin on which he built his holiday home.   McFarland House was restored in 2006 and retained the original architectural features and significant original materials.

Dr McFarland died when he was 75 years old from hernia complications. At that time, Thailand was occupied by Japanese troops during World War II.  Being American, McFarland and his wife were confined in their house as prisoners of war, a reason why he was unable to undergo an operation in hospital.

Our thanks to Hyatt GM Christian for the chance to get a taste of George Bradley in more ways than one!

Footnote:  History buffs who want to learn more about the McFarland family exploits in Thailand will find very limited online resources.  We would recommend visiting:  https://readthecloud.co/george-mcfarland-faculty-of-medicine-siriraj-hospital/

FOREIGN TOURIST NUMBERS ON THE RISE 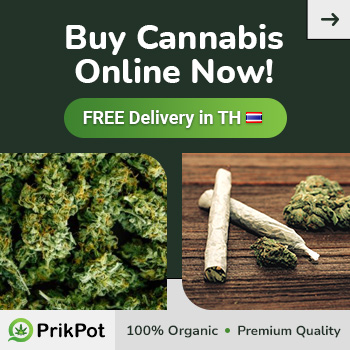